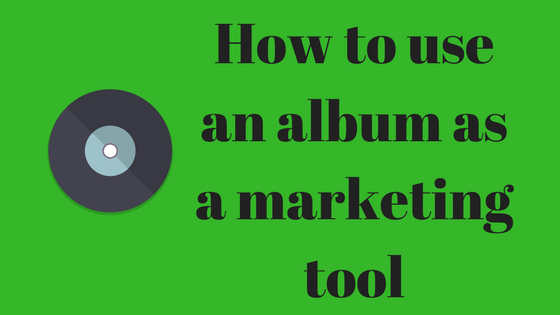 When you look at the music landscape over the years to now, it can be said that the album as a format, is dying, or probably is dead. Nobody is buying albums, or singles, instead, you find persons streaming.

The question is,  what’s the purpose of doing an album as an artist, and how can an album be used to maximize the potential of sales, and be used as a marketing tool for self-promotion?

The song selections affect the sound
The music you select will represent you as an artist and will influence the type of persons you want to attract to yourself, such as who will book you to perform.

When putting together songs for your album, you should structure them in a way that is well -fitted for a performance set. When you are booked for a 45 minute to an hour set, and perform live as a headlining artist, you should have a group of songs to perform, representing a complete performance, leaving the audience satisfied.

The group of songs is for you to showcase your sound and style.You may send your songs to persons, or when they discover you online or otherwise, can listen to the songs that you have, and this can lead to one deciding to book you for an event.

eg; A person may decide on getting Joe Artist for a show, because of their liking for his music, and believes that others will appreciate his sound because he embodies that pulling factor for reaching audiences or drawing a crowd to a concert.

An album is can get you media attention

The music itself is a marketing tool for you to get more shows. This can be what you issue as your flyer, business card to prospects.

Outside of the songs being what they are,  songs are a way to get media attention.

eg: Say you send a single to an editor. the single on its own, would not necessarily get the traction needed. The situation is dependent on the genre, and market. So if you are an established act, you probably would get the media to talk about it, whatever their spin which in turn, would warrant media attention.

The release of the album itself can be an event launch enabling media attention. The album launch may be considered a manufactured event for press coverage. With the media at hand, you are able to give them a press release. This includes the packaging of the album, your photograph, biography, and other related info. With this done, granted that you reached out to the right media contact, you will be able to get write-ups for the different editorials. So with the media attention, is added value to you marketing your work.

Along the lines of hosting an event, say in this case a mini-concert, you could consider inviting other artists who are considered established or are similar in sound to you., and whose audience is similar the same.

eg you’re a reggae artist., and your sound is similar to a Chronixx, protoje, or perhaps a gospel artist like a Jermaine Edwards, what you can do, when putting out your album, is invite these persons to the event. This allows you to share the stage with them. Their fans will come to your show. so when you launch your album with these persons performing alongside yourself, persons will pay attention to you, and if your music is likable, persons may buy your album and support you the same.

Can be used to book shows

As an independent artist with 6  to 7 singles, outside of the secular arena, you can do one song and get a break, with a follow up of consistent bookings. For gospel, it’s different.Yes, it can work for others genres as well. However, when you have one song, persons are skeptical of putting you on a show for longer than 10 minutes. if you want to perform for 30 minutes to an hour, with an album out, you’ll be able to showcase a catalog of songs, that persons like, and will keep a crowd entertained for an extended period.

let me know whether this information has been helpful. Share your questions and comments.

4 things you can do to Promote your music now

How often Should an Artist Release Music