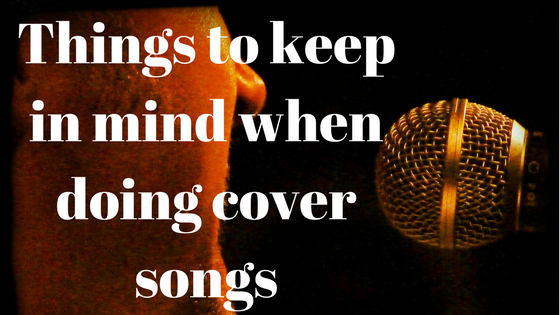 Cover songs have long been a part of music over the years. Lots of artist use covers as a way to find new fans and to make their sets interesting.
But can you simply do a cover of a song just like that? Well, theanswer to this question varies depending on the situation. And that is doing public domain songs and songs still owned by publishers.
Public Domain Songs are free to use
Public domain songs are songs which have been released for over 50 years and not owned by anyone and free to use by others legally. You as an artist can use public domain songs as you wish and can get your feet wet with using covers. Hymns are songs in the public domain and a few others.
Songs owned by publishers
Should you release your version of a top 10 billboard song and resell it, say on iTunes, then there’s an issue. Because you have no permission to use the song to sell it.
If you desire to redo a single as apart of an album for resale, there are publishing houses to contact for help re this matter. Depending on the agreement, there may be  arrangements to use the single without pay or to pay a licensing fee. The agreement may differ depending on each situation.

How to get permission?

The basics of getting permission to cover a song are to first contact the publishing house responsible for the artist you want to cover. As for some major labels, they facilitate covers. So, you pay a fee to use the single as a cover or to sell it based on the agreement made.

From a promotional perspective, simply singing the song and posting it on the various mediums online, should not be an issue, granted that you put out the disclaimer, stating the intended use and that you are not the legal owner of the song.

There are known instances where persons are asked to remove an original song published because they did not seek permission to do so.

Just note there is a facility in place to get permission for use of songs not owned by you.
Hope this helps to demystify the world of using covers.

How use cover songs to promote yourself as an artiste

How to create a music marketing plan